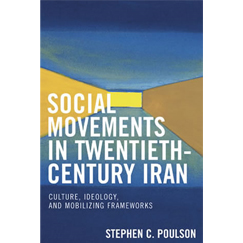 This study investigates cycles of social protest in Iran from 1890 to the present era. The social movements include: the 1890-1892 Tobacco Movement; the 1906-1909 Constitutional Revolution; two post-World War II movements, the Tudeh (Masses) and the National Front; the 1963 Qom Protest; the 1978-1979 Iranian Revolution and the Iranian Reform Movement. These movements confronted two primary questions: How should the Iranian state achieve independence in the world and what rights should individual Iranians enjoy in their political and social system? This is an examination of the framing of these questions and their answers by various Iranian political actors over time.

This book is a good review of the history of political protest, social movements, and political Islam in Iran, as well as a good overview of the literature on these subjects. Summing Up: Highly Recommended. All levels/libraries.
— A. Mahdi, Ohio Wesleyan University; CHOICE

Social Movements in Twentieth-Century Iran chronicles the development, use, and modification of various master frames during cycles of protest from 1890 to the present. It is an insightful analysis of major social movements during this period, and particularly of the relevance of culture and framing processes and their intersection. A useful book for those interested in Iranian collective action and the analytic utility of contemporary social movement theorizing and perspectives.
— David A. Snow, University of California, Irvine